At Little Wars in April I ran three games.  The rules we used were Black Powder with roughly four brigades to a side.  I will post the stats sheet in a separate blog.

Some pictures from the contest:

The Russian center approaches the river bridge across from the main redoubt and the village. 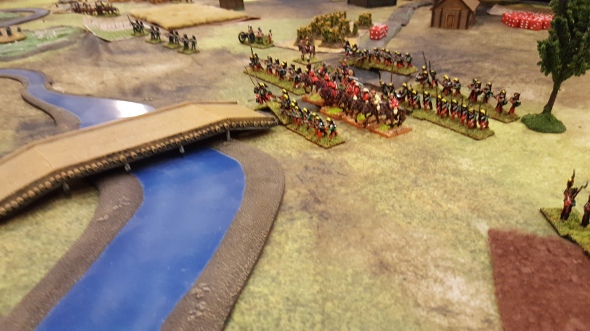 The view to the right for Suvorov – two fords allowed an opportunity for Russian forces to split the Polish wings.

The greater Polish redoubt- sited near the bridge, this two-battery position represented a formidable challenge to the Russians. 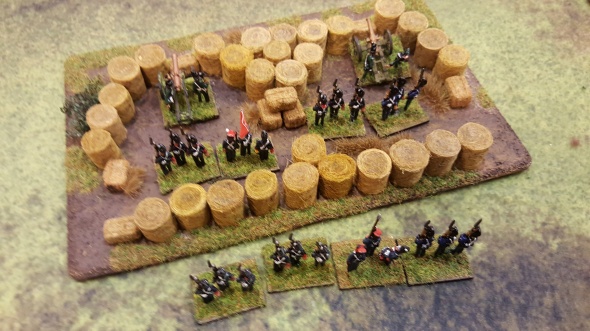 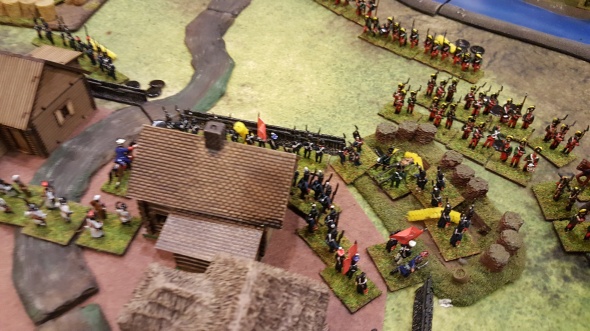 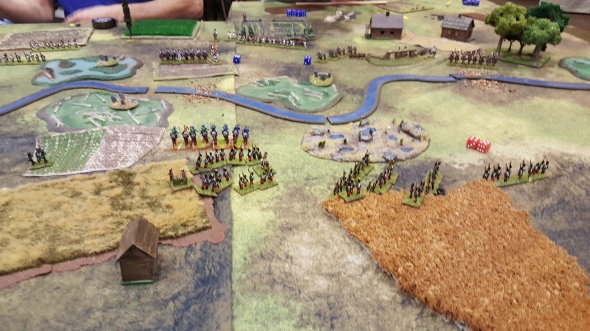 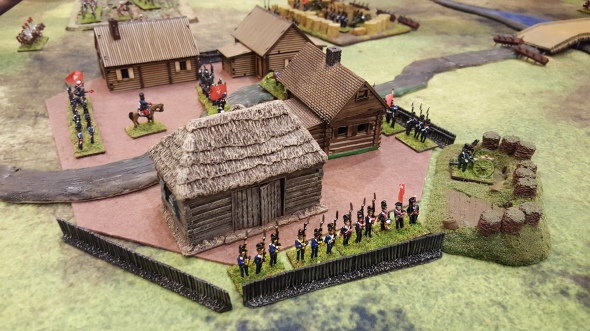 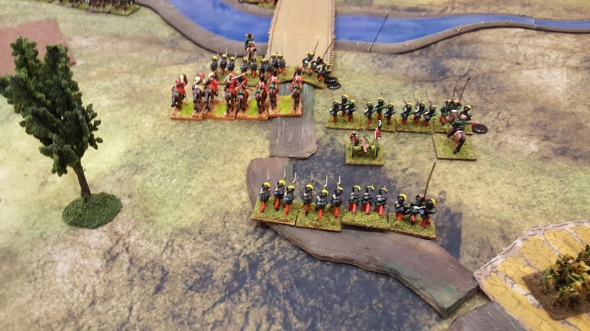 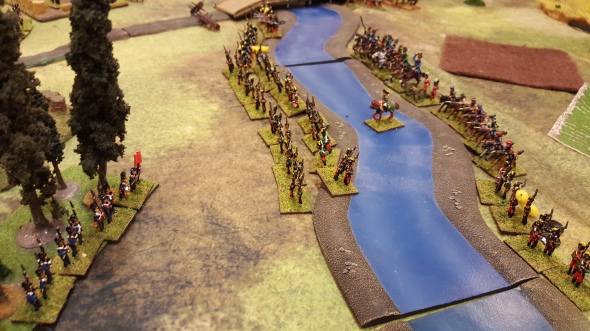 The climactic clash of my Polish Dragoons and lancers driving back the left wing Russian light cavalry.  The village was still in Polish hands at the end of three hours.  This was a late Friday night game and a couple of our players needed rest.

This game was the second iteration of this scenario and saw many newly painted units deployed to stop Suvorov’s hoard.

Figures are Falcon, Uprising miniatures, and QR Miniatures from Poland.  These are all worthy of separate posts.  Many thanks to Eric Burgess for helping me connect to these manufacturers.  More to come on this one.