Looking backward to some of my more popular convention games, this is Serolago (don’t bother googling – it’s fictitious).  Going back to my youth, many of my favorite games combined naval landings with ground combat.  I’ve used the Command Decision series of rules from Frank Chadwick since I was perhaps 15, so have often used them to model brigade + sized landings on islands.

This was a combined operation by German air landing, parachute, and amphibious troops to seize an island which might be described as ‘Navarone-like’.  I’ve studied the battles at Kos, Leros, and the campaigns throughout between the SBS and the Kustenjagers as they vied for control of key areas of the mediterranean.

Below are photos from our game.  The islands are pink foam board coated in the silicon paint for basements.  The figures come from a variety of manufacturers – 20mm WW2 has been my flagship collection along with 15mm Napoleonics.  In the end the Germans got far across the board, but weren’t aggressive enough to get to the battery they needed to knockout.  Lots of fun. 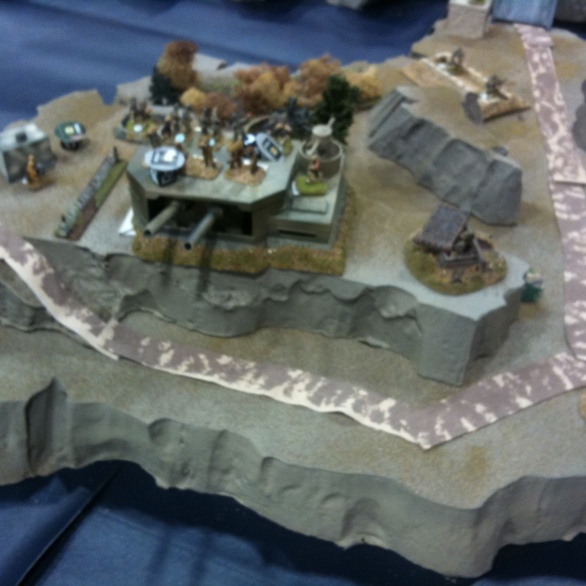 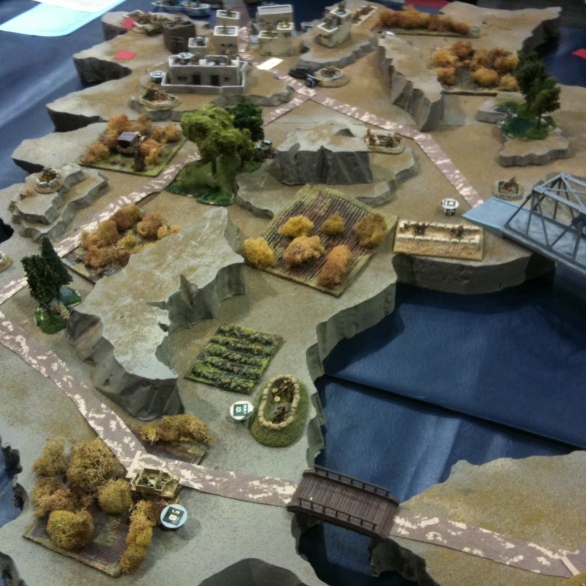 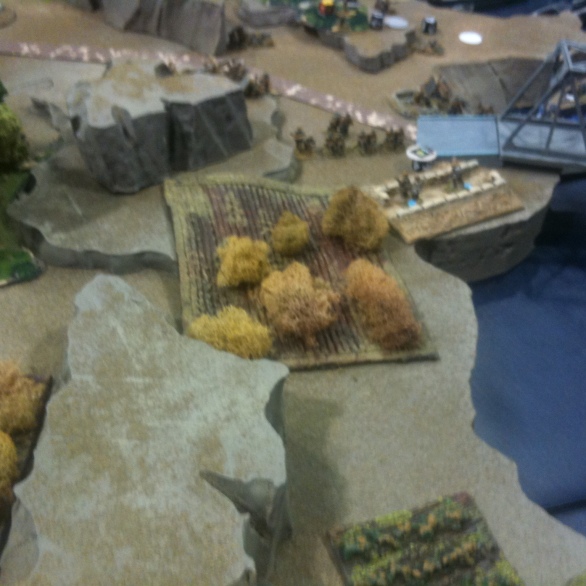 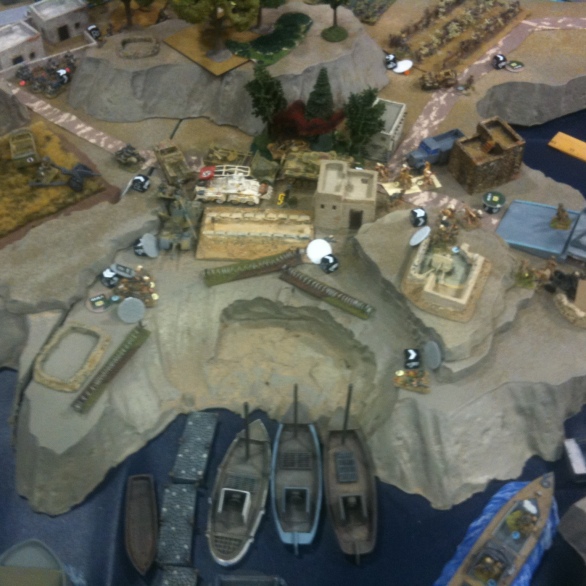 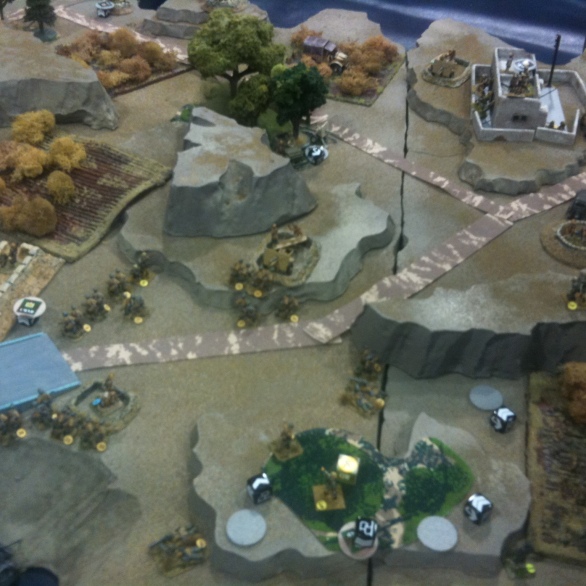 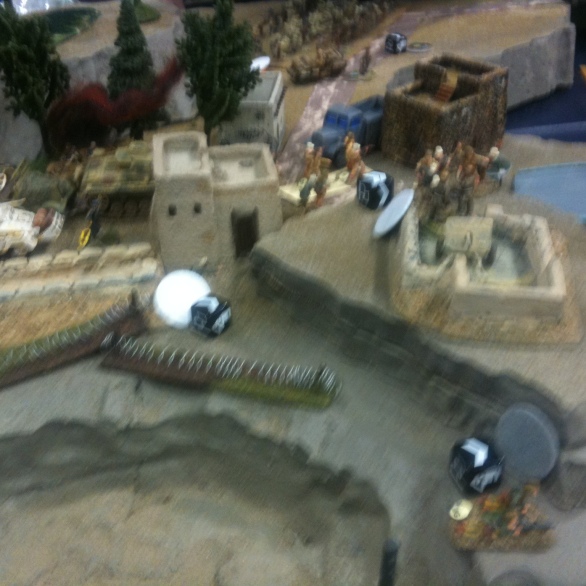 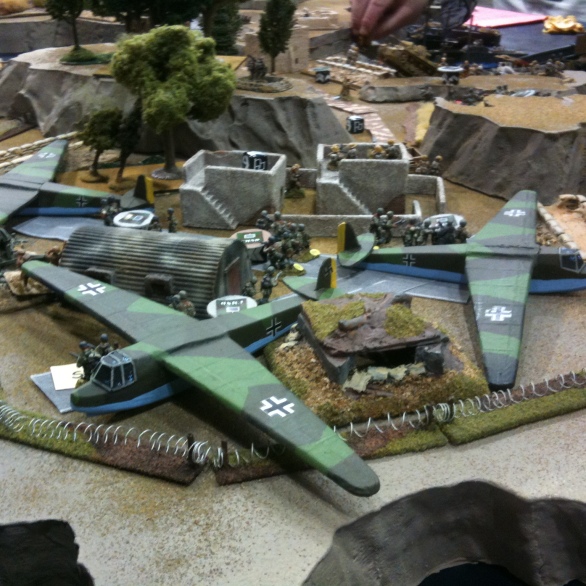 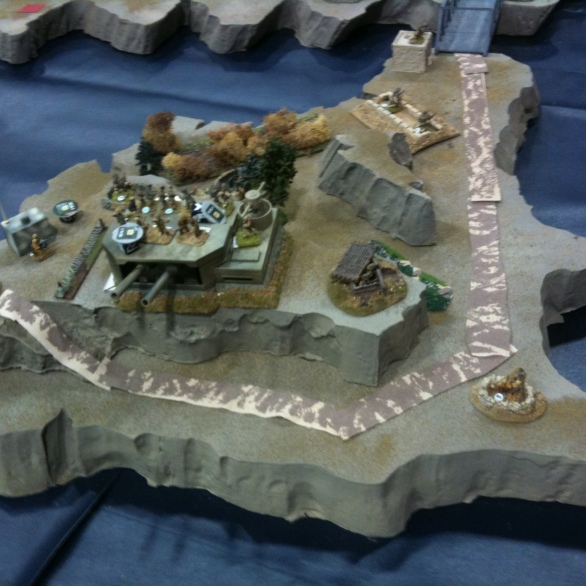 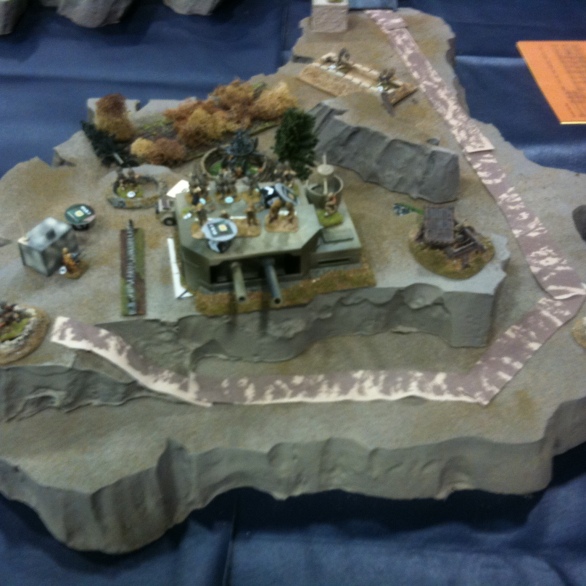