I’ve loved 25/28mm Victorian Science Fiction since my youth – growing up around GDW and the initial development of Space 1889 and the Soldier’s Companion miniatures games that pitted colonial troops against martians and other evil and corrupt forces…  great stuff.  (I don’t remember how the Zanzibaris seized the submarine above, but I know they didn’t start the game with it!)

Below the German crew ran afoul of a band of headhunters (NNC standing in, I had just sold off my tribesmen, now safely back in my collection!) 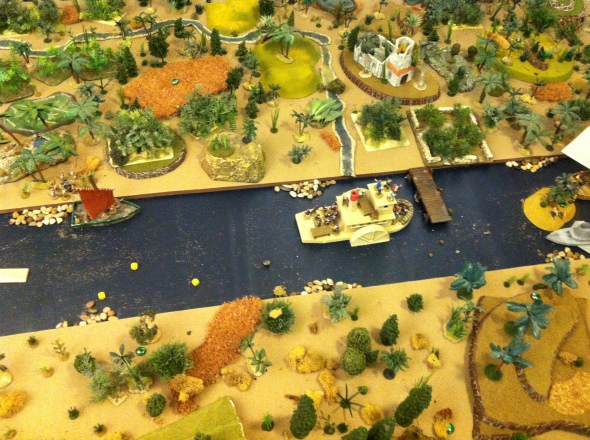 A view from above the middle of the table – the French steamer approaching the dock – Johnstone’s laboratory is the ruined church in the upper right quadrant…. 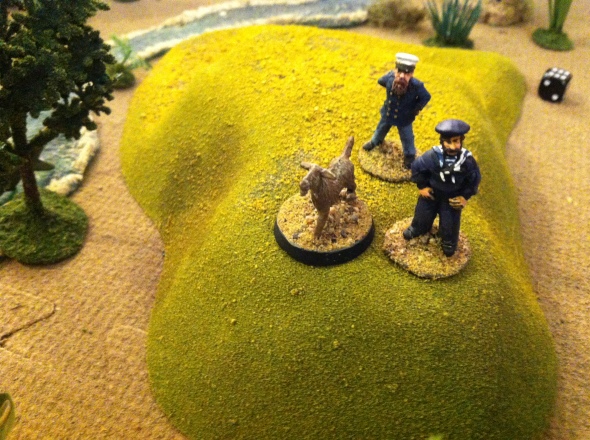 I don’t remember why the British captain had a goat….

Another game for the kids – this one was another 10 player, coalition based game where each played got a faction of one character, one bodyman and a unit of soldiers/ sailors/ agents to help them achieve unique objectives.  Additionally I spread ‘encounter’ crystals around the jungle, so that when a unit touched it, they rolled on a random table of 30 events – leading to treasure, or occasionally to a terribly vicious encounter with wild creatures – like giant spiders, raptors, or headhunters… good fun.

I didn’t get a great shot of the table – a river runs down the middle with several improbable craft on it, and other factions entered from the jungle sides…. 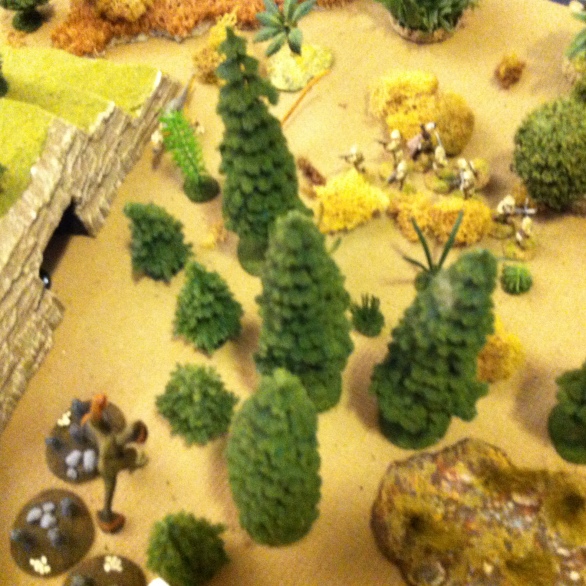 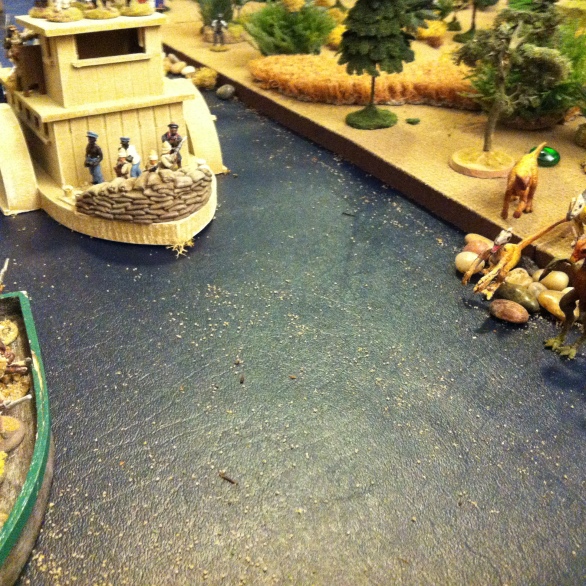 It turned out to be a hilariously confused and entertaining game for everyone – these figures are the core of my 25/28mm VSF collection – mostly historical still, though I have a large box of RAFM Space 1889 Martians to paint up somehow.  We didn’t use any real rules- just hits/ saves etc.  The crew were mostly 10-11 years  old, though I’m confident this would work as a great convention game as well…. 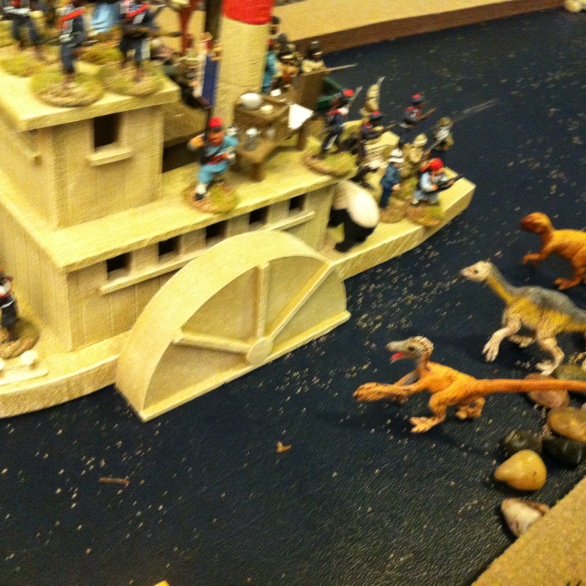 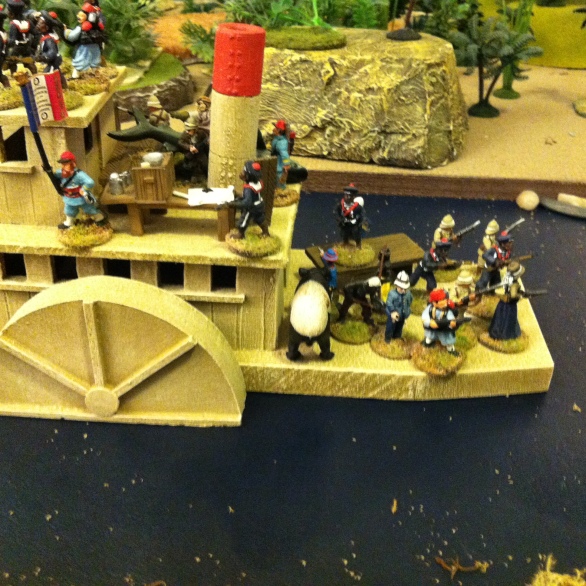 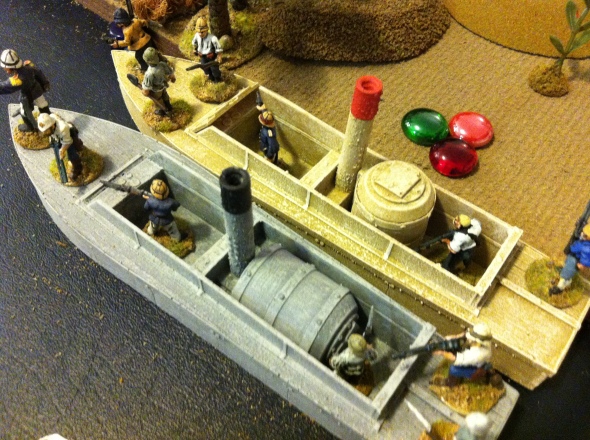 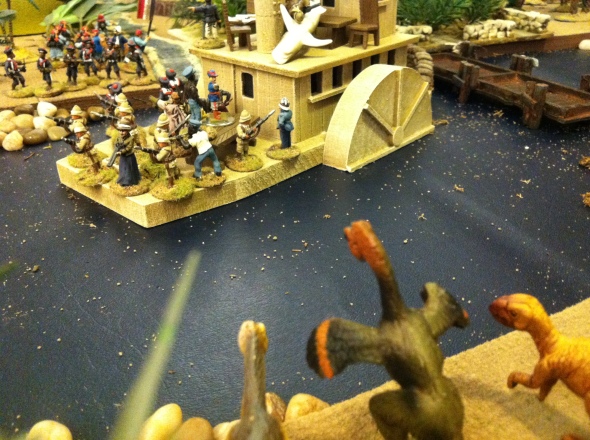 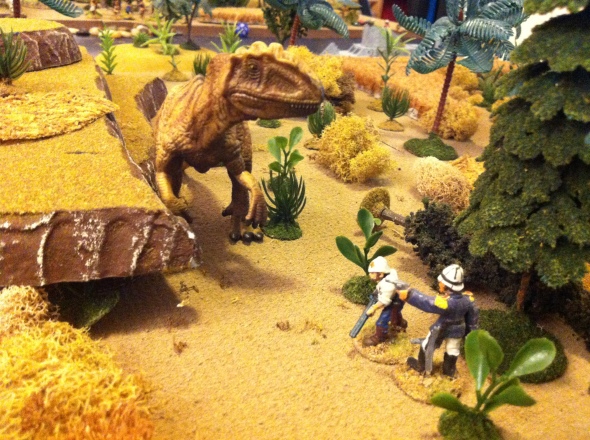 One thought on “28mm VSF: Professor Johnstone I Presume….”