Our new UNSC Spirit of Fire arrived from Spartan Games this past week and my son couldn’t wait to play our first fleet battles game in six months or so….

So here’s the setup at the beginning.  My boys in Purple are led by the Minister of Etiology – a rather middle of the road leader…

I had three CCS Battle Cruisers. 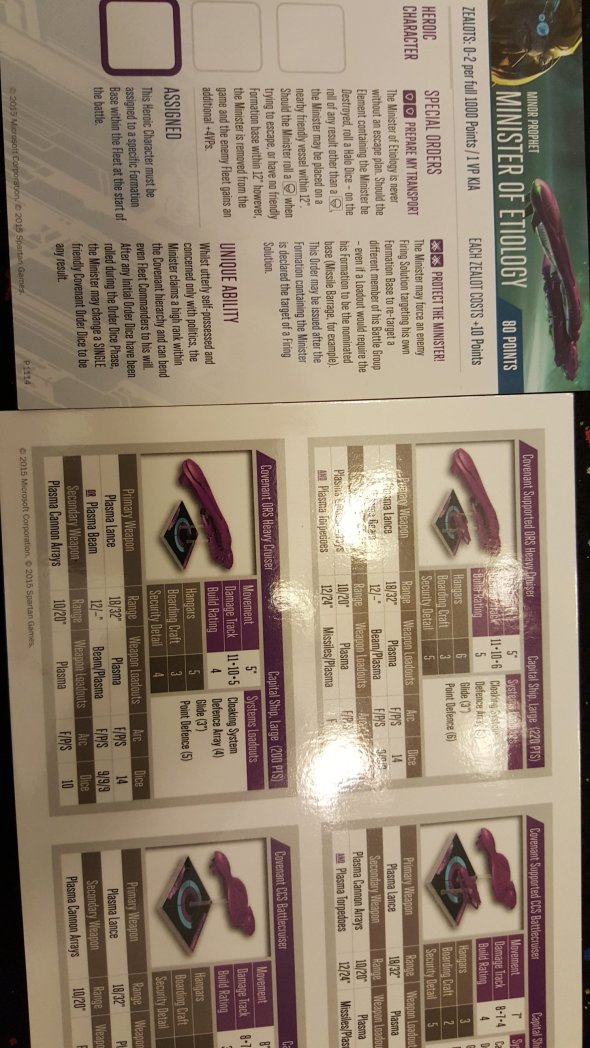 I was faced by Admiral Hood, his Spirit of Fire , an Epoch carrier and two marathon heavy cruisers…

Turn one saw the heavy UNSC advantage in fighters as they swarmed forward.  No hits in either fleet but my right flank cruiser took a vulnerability… 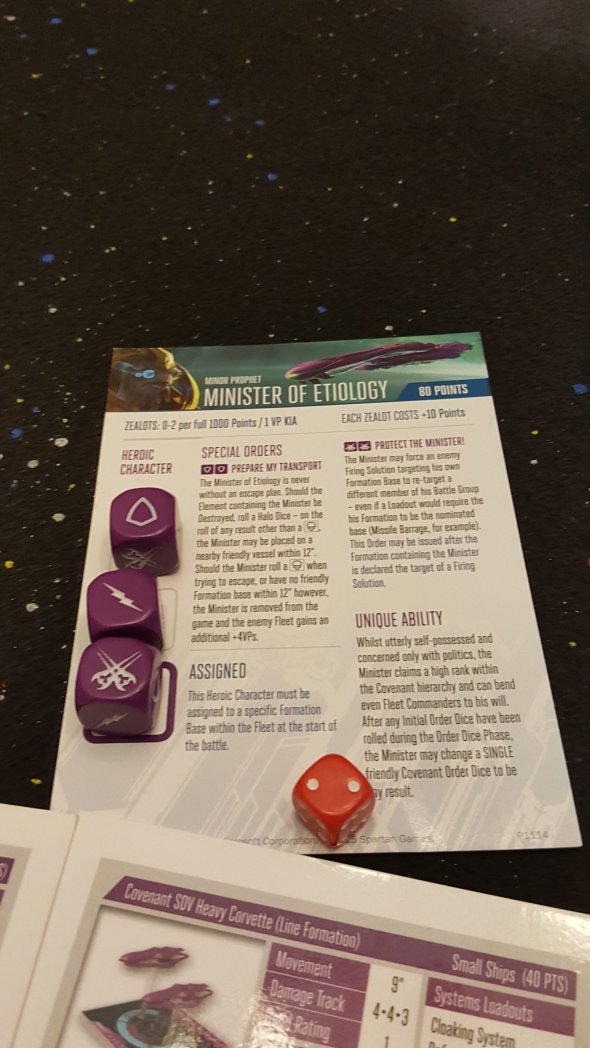 My gambit was to rush the Epoch carrier echelon left and get close enough to punch big holes in it.

The right cruiser took its first  hit and I could see the pelikans warming up to launch boarding parties….  I better get the carrier fast or this will look like the video game!!!!

On the right flank I got one hit on the marathon cruiser stand.  Pyrrhic but could be important later.

The cruisers closed in on the carrier and it turned into a slugfest with – my right flank cruiser took two more hits and vaporized.  The boarding parties showed it would clearly be in trouble anyway!

The turn climaxed when the Minister himself in the left flank battlecruiser launched a devastating volley into the carrier and the admiral failed to defend any of the hits – kaboom!!! He failed his roll to remove damage as well.  The admiral was more than a little unhappy.

This is how the battle loomed at the beginning of turn 4:

My middle unit has two hits and is vulnerable.  Ugh.

I can only turn 45 degrees per turn so it will be a broadsides encounter from here with the planet and planetoid interfering with arcs of fire.

Here is the movement after turn 4 moves – the game is about to end…. 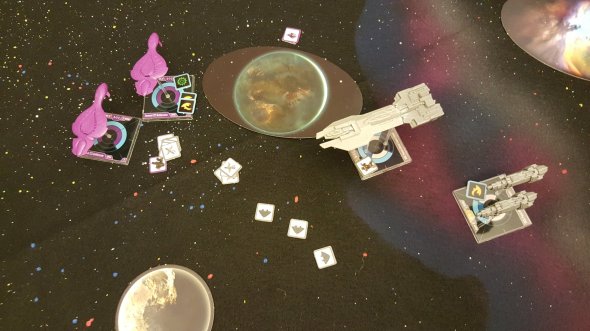 The Macs barked in the soundlessness space and with exploding 2’s he counted 19 hits in one volley!!!  The left cruiser saved no hits with their defense array and exploded in a single bright blast…  game over.

We like the rules and played it in about 90 minutes with relearning.  The damage system is elegant and the exploding dice leave a chance for a lot of drama each turn.

That’s three games we have played now and I have lost all three.  I have the covenant heavy assault carrier as well but he managed to be the covenant that time….  good game.