March of the Living Dead at Gencon 50

I got to play in a miniatures Zombie game using home rules in 28mm. The plot line was a bit unclear, but a team of 12 players each got one figure (w/ 3 hits, 4-6 bullets) landing from two boats.  It’s a twelve foot long table and we started at one short end.  The game master and his wife were very nice and it was clear he had put tremendous resources into the 28mm terrain – moat of it from Miniature Building authority.

The players were cooperatively trying to find six brains on the board, survive the crazy Zeus, and I believe get to the airfield on the other end.  A tall order for the four hour game slot. 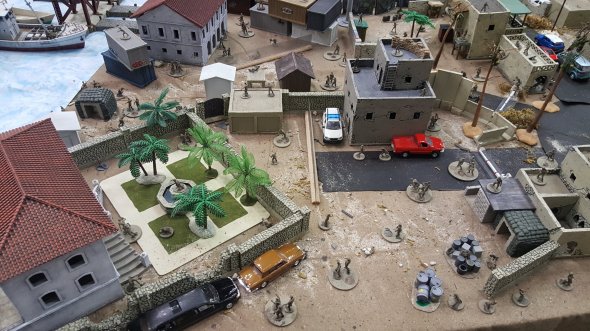 As I was the last player entering the game mist of the study elite operative figures were fine and I got Verne – wearing a hunting shirt and cap.  In a zombie apocalypse of course, fashion is everything.

We landed from these three boats and mayhem was immediate.  Every time we ‘searched for an action, we had zombies pop up – even on the boats….

Those shambling people have the town – we didn’t! 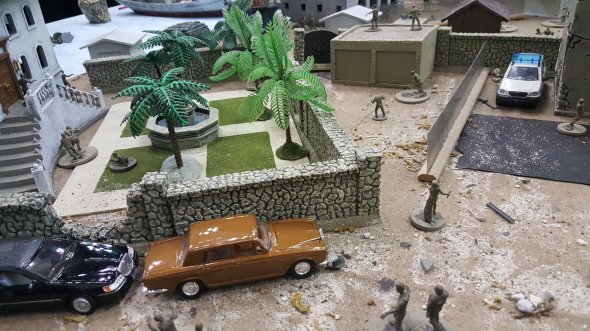 There were a couple if nice diecast hi d’s down the table, but it was twelve feet long and we knew we’d never get there…. 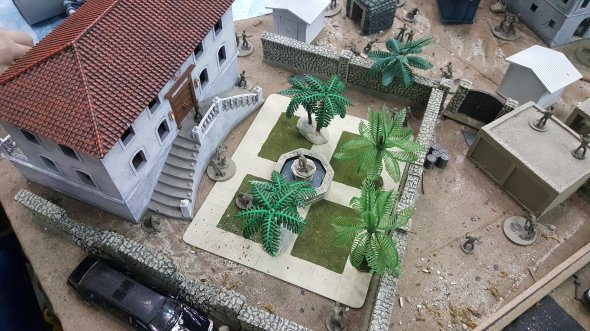 That’s me by the dumpsternas 3 zeds popped up next to me – two well aimed shots… two misses from an inch away… Verne was not covered in glory yet….

We were encouraged to break into team’s of 4 so we could mutually support one another and find the brains…  this team was typical – our luck said that every search netted more friends.

I thought there must be a brain in the big house near the pier…. I spent five turns inside including this second floor balcony…. strangely, after killing 7 zeds and taking a wound, I found nothing and bolted out the front

A turn later here I am helping a buddy 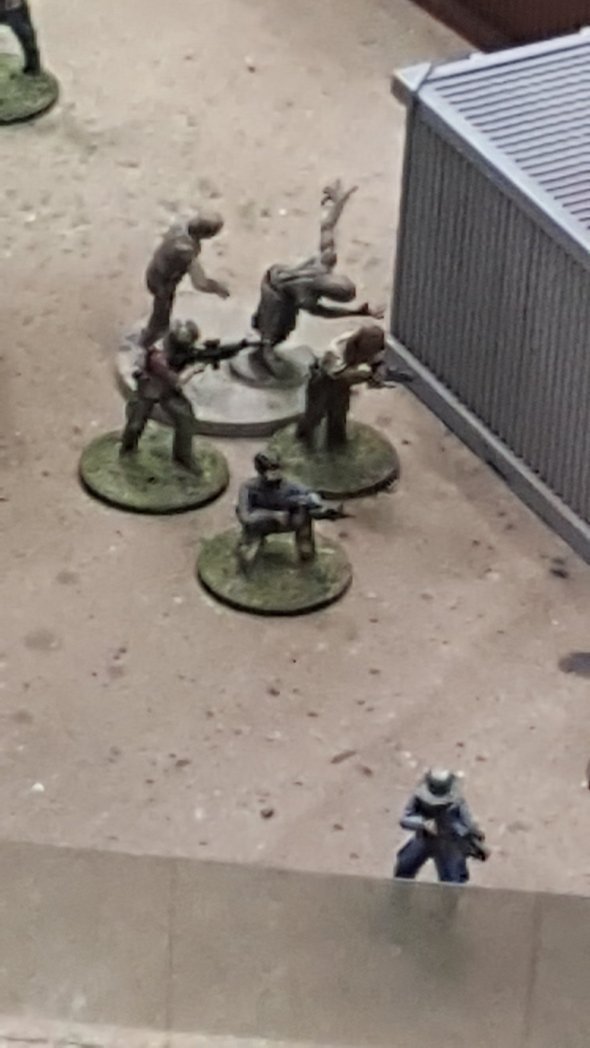 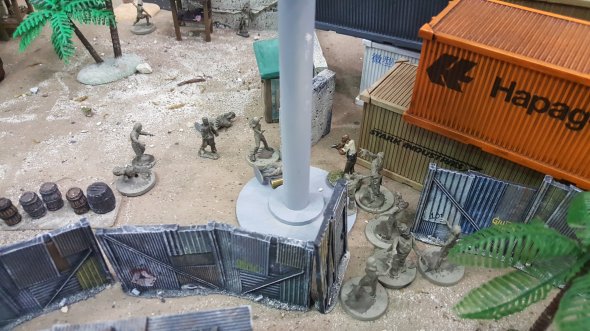 After 3.5 hours of play I ended here, farthest forward but with little to show for it.  Fun game, great players and GM.  One note – the rules had each player move serially so that there were always long gaps between moves – designers take note!