Some who are into late 18th Century Potemkin Russian forces may have already seen these two guides from Soldiershop.  There were two volumes at the game store I visited in Minneapolis – Source Comics and Games.  Great store – among the best in the US. 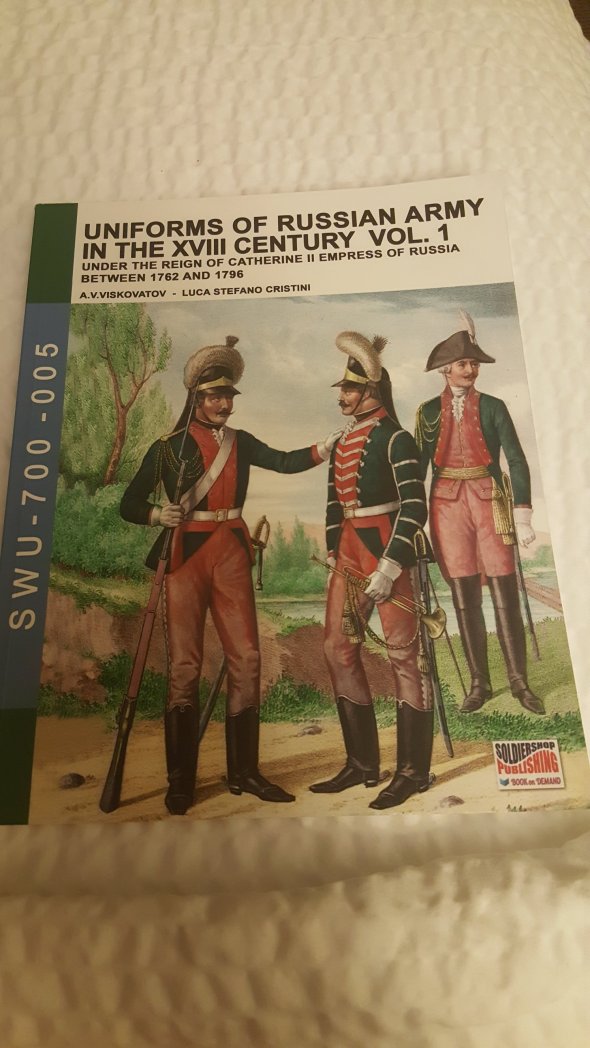 A cursory read/ scan showed me a.ton of detail I was looking for.  From Eric’s site it looks like Grenadiers wore a white plume vs the yellow of the line companies.  The books also have a tremendous level of detail on ancillary units as well

Some of you may know that I have armies for Russo-ottoman Ears for 1770s as well as 1790s, so these books fit the entirety of those conflicts.

For anyone serious enough about tracking down figures for a Potemkin army, I think these are worth it.