Dark Imperium 40K – how does anyone win with The Nurgle Deathwatch?

So it was a Games Workshop Christmas this year.  The Dark Imperium and no fewer than two Necromunda boxes arrived along with the Kalth Horus Heresy boxed set.  Ugh – lots of glueing later and here’s our fifth (no apologies for unpainted unuts) battle report. 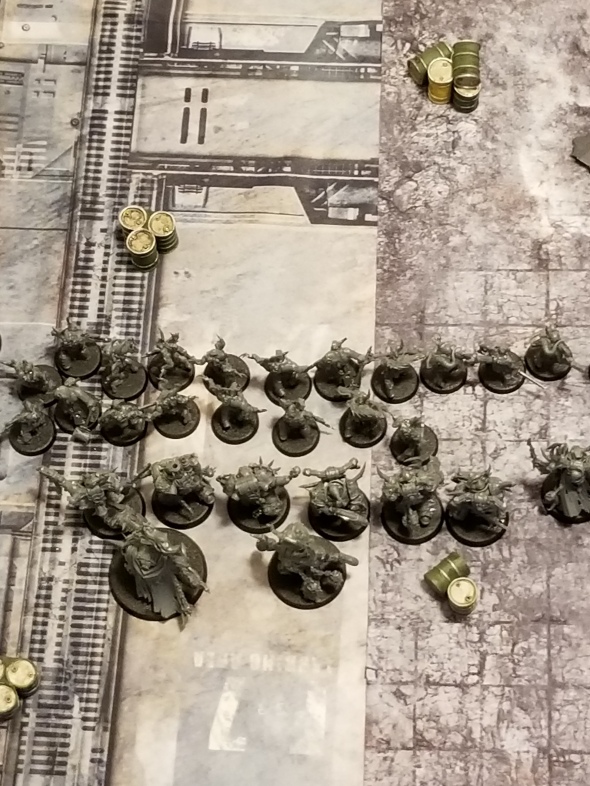 I continue to play the Deathwatch and my 11yo adversary was Primaris Ultramarines.  I’m 0-4 so far in our campaign.

You can see my deployment above – poxwalkers screening my chaos marines, blightbringer, captain, and caster.  The objective was a fortified lab with tech.  My force was rounded out with the bloat drone on my right flank.  More on that later.

The Premature owner had gotten enough money for the holiday to buy a Captain, librarian, apothecary, and chaplain, along with the standard bearer from the boxed set.  With two units of Marines, a unit of hellblasters, this command squad was unbelievably capable.

Points have been even for all 5 games.i am some 30+ years more experienced than my crafty opponent, but no luck EVER with Nurgle Deathwatch!!!

I sent the Bloat drone to the right flank toward the squad of Marines and the bridge- hoping to get to isolate one or maybe more of the powerful marine squads.  The drone is resilient with ten hits, but not terribly effective in shooting.  As it is, this never played out. 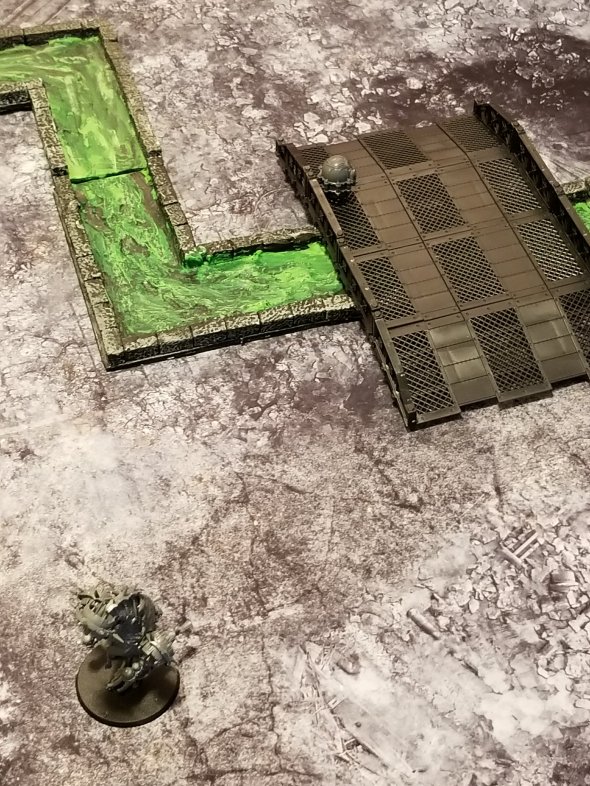 I should note the bomb on the bridge.  It was diced for each turn and on a ‘6’ destroyed the bridge.  Again – never came to pass, but shows you how my GM is pretty  sharp for 11YO!

Short version – I closed with the command squad in front of the lab with almost half my walkers still intact.  Pretty good really.  My psyker tried, my drone came back to shoot the librarian, the leaders and marines flew in too, but nothing works.  Point for point, the marines are better shooters and better in melee. 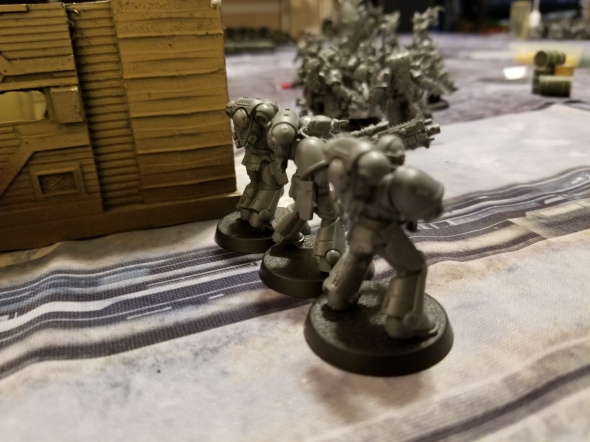 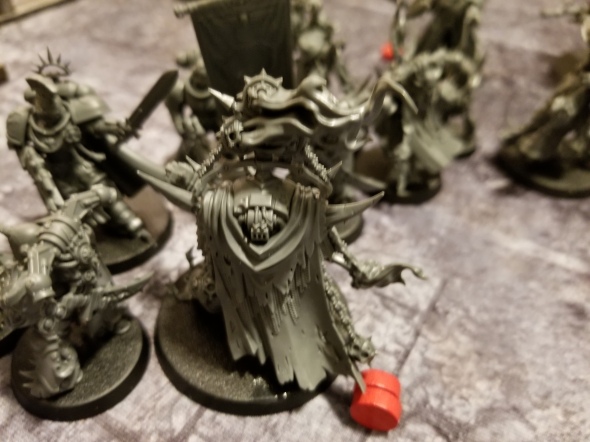 My son, after telling me that to continue the campaign my captain and drone escaped, tells me, earnestly, “Dad, you need better tactics…”

Kudos to GW, the figures are better than ever and I like the simpler rules.

Time to dust off the aging Tyranids, the Nurgle seem a losing proposition….

Can anyone identify the manufacturer of these vintage 15mm Potemkin Russian infantry? »
« 15mm Gabion redoubts