Winter Wars in Champaign is 7 days away and we are running our Rogue One Jedha game again. With Star Wars Legion coming from Fantasy Flight shortly, a new 3d printing concern popped up – Imperial Terrain. The pieces just arrived and are the gray ones below. They will be painted for desert environment.  I have to say, as a plug, that they are very nicely done and will be in the collection in perpetuity.  I saw on Buck Surdu’s blog that  he got some as well, and his daughter helped texture them – which I think looked amazing.  I’ll probably just paint them

This shows three desert buildings from Ebay, the two Imperial Terrain buildings and vaporators, and in the back are two pieces from Novus terrain I picked up at the Source in Minneapolis.   The game will be on a 12 foot table, so the amount of terrain is really too much to transport for a convention game- (6 Rubbermaid totes so far.)

Below is our Imperial hover tank. Tho was an imperfect 3d print, but still pretty good. The commander is on the painting table.

At last count I’ve painted some 70 new miniatures for the game. Here  are some of the aliens and humanoids that comprise some of the guerillas that Saw sends after the Kyber crystals.

This is Casian and Jyn Urso. Choices for her were limited so I went with a standard WEG rebel figure.  The photo isn’t perfect, but Casian  is a non-Hoth WEG solo with a hood in milliput, and a backpack glued on to come close to his gear in the movie scenes in the holy city.   You can’t see well here, but I even painted on the 5 o’clock shadow.

Here is our rendition of two-tubes – Saw’s lieutenant that ultimately captures Jun and Cassian. He was a quarren. Not perfect but will do.  There isn’t a figure very close to him in the movie, and he does use a rifle, but  this is close enough and I’m not a talented putty sculptor, so this will do nicely. 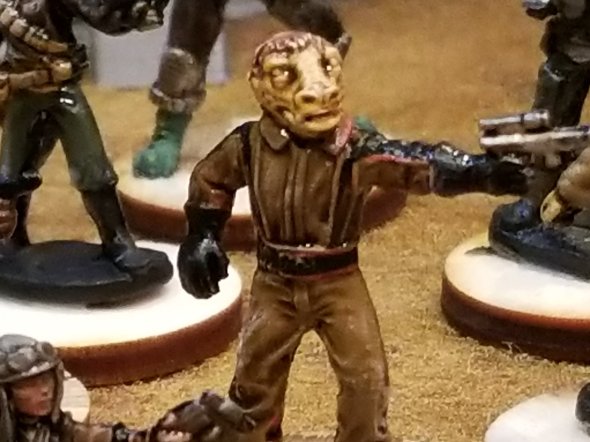 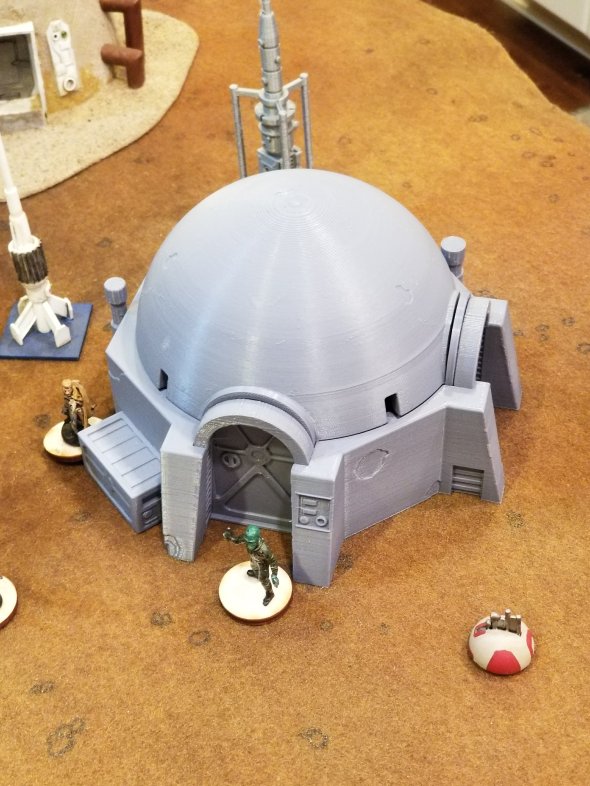 I also got three buildings off eBay that look great: 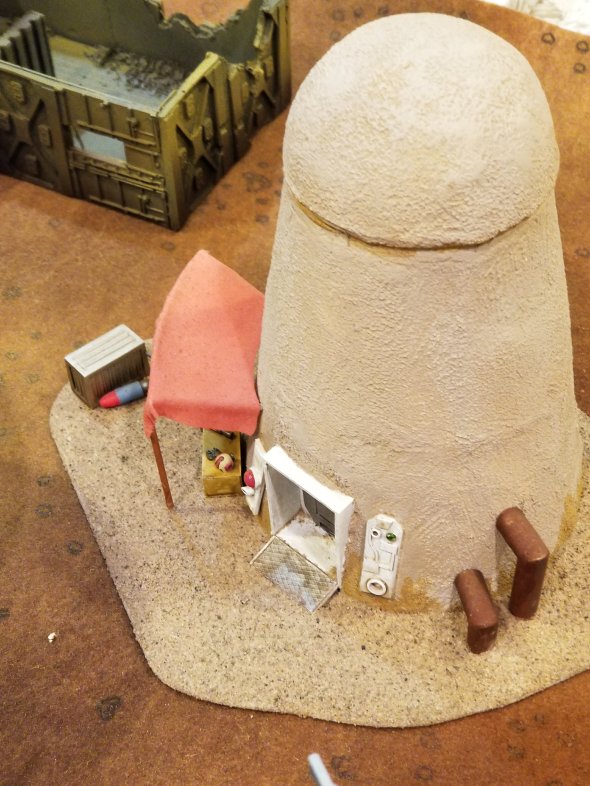 Speeder to be painted. 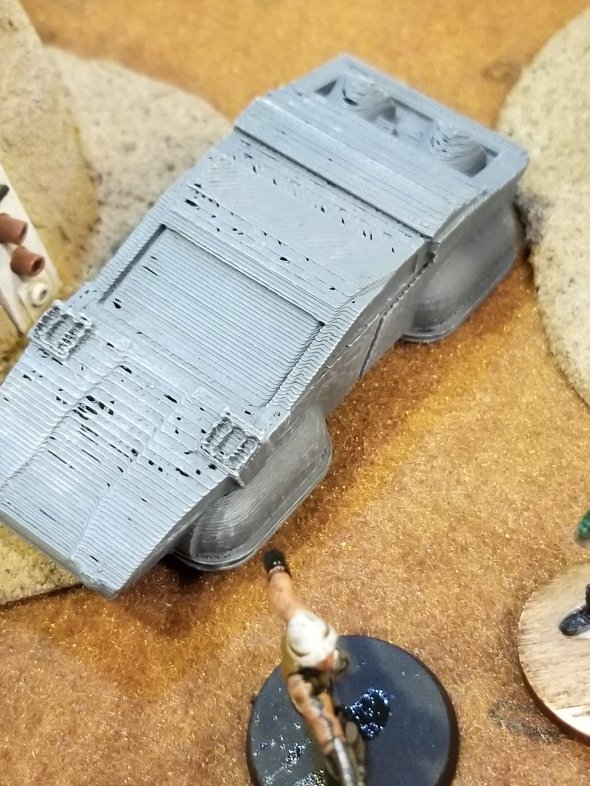 All of the figures will be flocked this weekend.  I’ve completed a great group of 1st Corps miniatures as Saw’s guerillas – I’ll post pics later.

I’ll leave you with a nice piece of work by an anonymous ebay seller – this was the detail on one of the terrain pieces – really great!