This is a game we’ve run perhaps five times over the last years – it always turns out to be a player favorite – even if they don’t survive.

The scene is a Frenvh coastal garrison in Morocco. 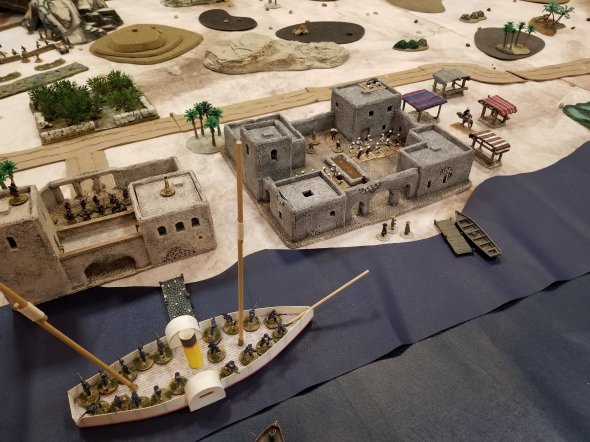 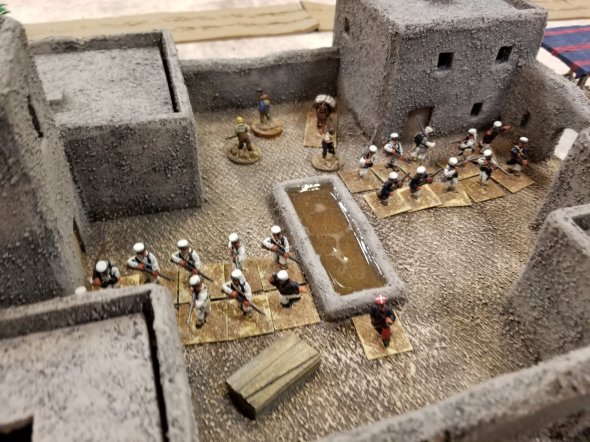 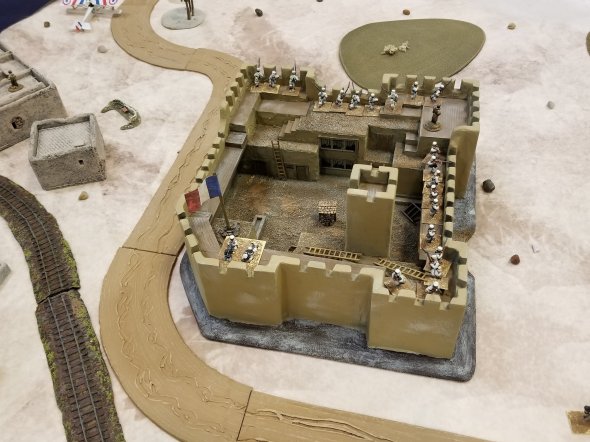 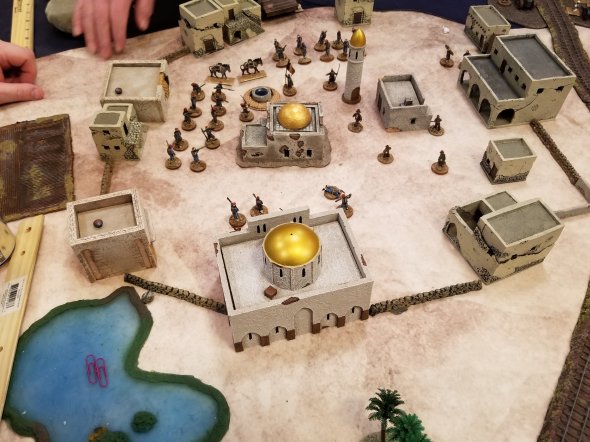 The players were all briefed in as French troops, civilians, scouts, or tirallieurs – all cooperating to defeat marauding tribesmen- just another day in Morocco. 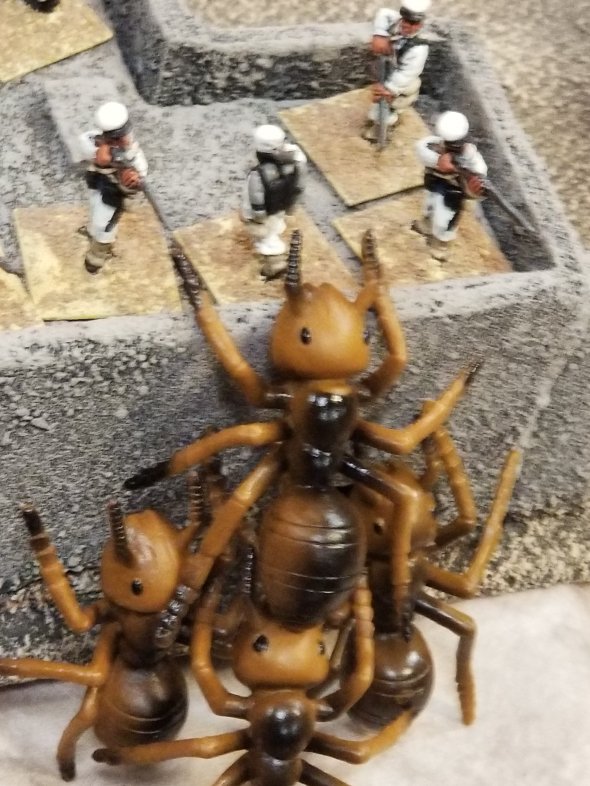 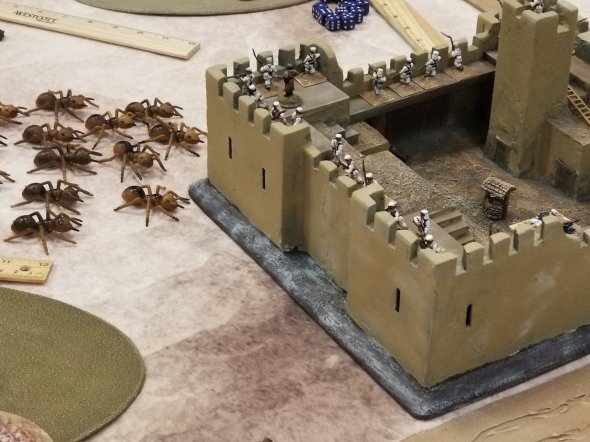 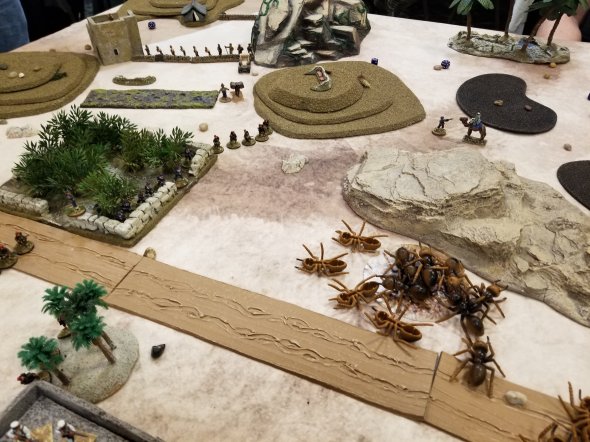 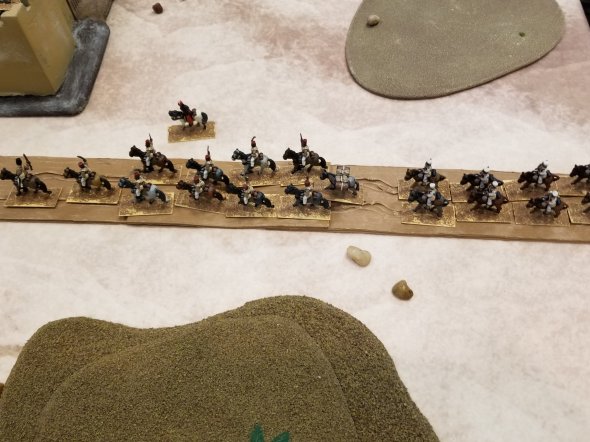 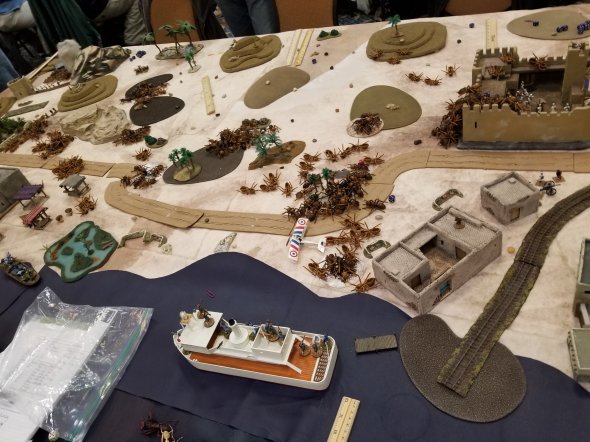 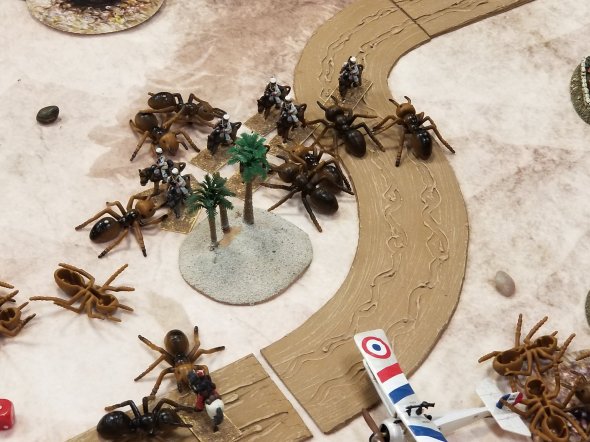 The cavalry died to the man….  The pilot never got to the plane… 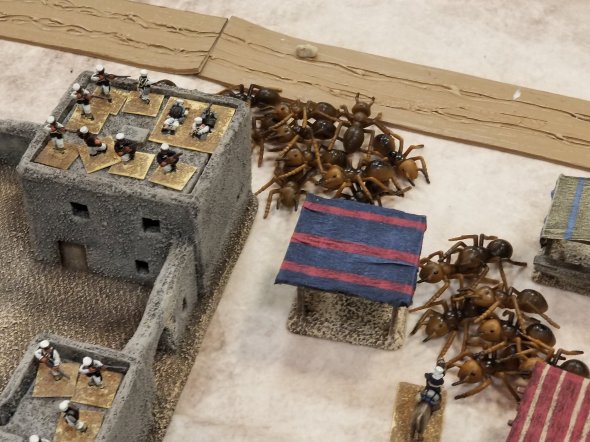 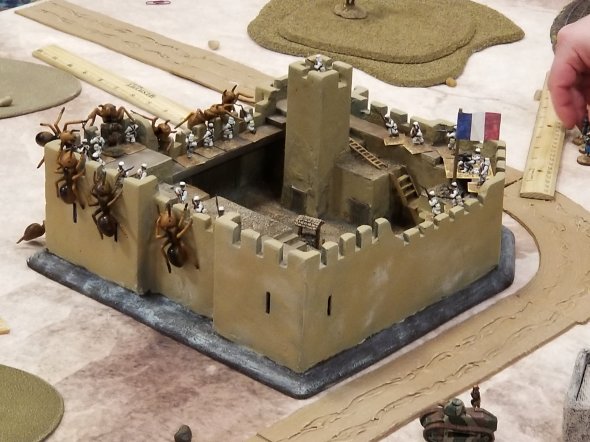 See the rifleman in the tower – he ducked down and ended up the only survivor inside the fort. 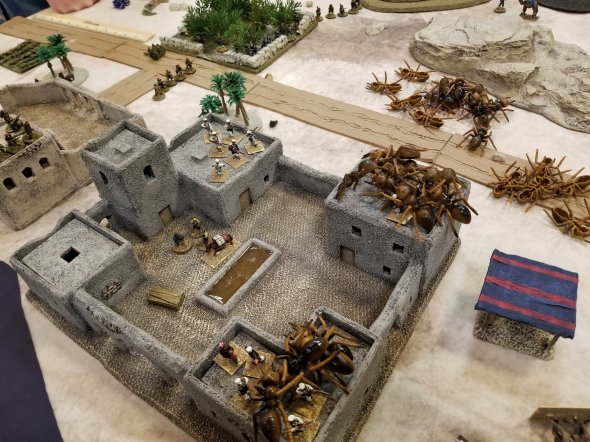 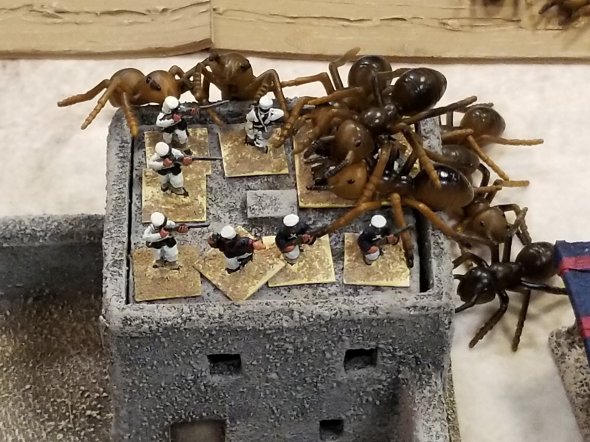 No long write up here – you get the idea. The players engineer their own fate by rolling on a grid for the location of eight tunnel entrances which open up in the ground. They also roll for 4d6 ants each time a hole opens etc.

Aboutbhalf the players survived the free-for-all. Defending fortifications doesn’t work so the players have to figure out tactics in the game. It really turns out to be an interesting military challenge each time.